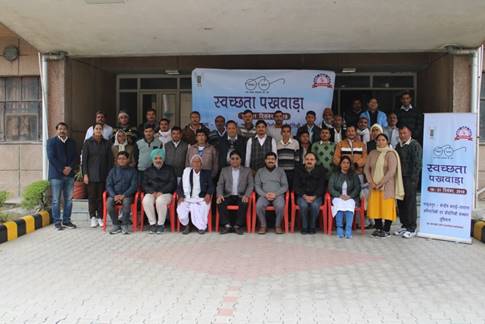 Various activities such as digitization of office records, disposal of old files, old and non-usable items, auction of obsolete/unserviceable items/equipment, cleaning and beautification of the institute campus, and displaying banner in various time had been successfully performed under the ‘Swachh Bharat Abhiyan’ during the reporting period (2018-19).

Some Stills of Swachh Bharat Bbhiyan

Swachhata Hi Sewa (SUP) during 11th September to 02 October, 2019 is being celebrated in ICAR-CIPHET